Abreu and Wang are going to meet in Taiwan in December

If you guys can read Mandarin, check out those two links(1,2) regard of Wang's latest news. The rest of you guys, read my blog. Ha!

Wang's fly is tomorrow from New York and arrive Taiwan on 11th at 6am(Taiwanese time). He will have a "huge" press conference at 11am at the same day.

Wang need to rehab 4-5 hours everyday during off-season and then he will go to Arizona Fischer to start his preparation for 2009 season. Because of that, Wang haven't decided he will be able to attend as a special guest "pitchers& catchers training camp" was held by MLB, New York Yankees and Chinese Taipei Baseball Association.

This is first this kind of training camp held in Taiwan. There are 40 pitchers and 10 catchers from many Taiwan high school teams chosen by coach. Yankees are going to send 5 coaches from farm system as lecturers in this training camp, including 3 pitching coaches, 1 catching coach and 1 fitness coach. Right now, Yankees said manager of Staten Island Yankees, Pat McMahon and Mike Wickand who is responsible for fitness program of the whole Yankees minor system will be here.

Talking about being smart. I am sure Yankees can use this opportunity to scout some young talent pitchers and catchers. Cashman already sent out invitation to Wang for this training camp. Of course, this depends on Wang's schedule.

Abreu will come to Taiwan with his brother in the beginning of December for scouting his shoe factory. Wang definitely is going to be a host to Abreu. 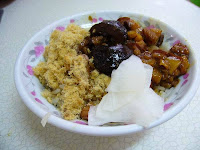 I know all of these sound so crazy. This is reality of Wang's life. The whole nation want to know everything about him. That's why I don't think New York's spotlight means much to Wang when coming down to pressure.
Posted by： Jessica Lee at 11:44 PM

Looking for cheap tickets to see the Boston Red Sox? Vividseats.com has them all! Find the best deals on all MLB baseball tickets, NBA tickets, tennis tickets, NHL tickets, NASCAR tickets, and all concert tickets